Bernard Arnault has comapared teaming up with Marc Jacobs to a masterpiece. 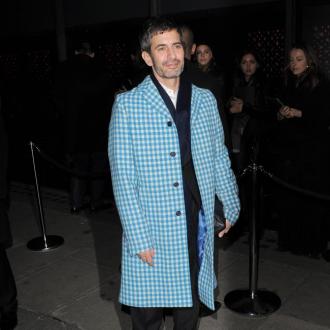 Bernard Arnault has compared Marc Jacobs to a masterpiece

The LVMH chairman and CEO - who has worked with the US-born designer since they became partners at his eponymous company in 1998 - likened choosing successful designers to helm his companies to selecting ''artwork'' for his home and considers teaming up with Marc, 51, his masterpiece.

He told WWD: ''When you choose a designer, it's an investment for the long term. It's the same with artwork. When I buy a piece of art, I think to myself, I will live with this work of art for decades.

''Take the example of Marc Jacobs. When we bought the company in partnership with Marc, it was doing maybe $20 million in 1998. Today, we do more than $1 billion, so it's long term.''

Bernard is positive the company will continue to grow and hopes that they will be able to make an IPO - the first public selling of stock - in the near future.

He explained: ''I saw the potential with Marc, a great, great designer, and now we are working with him towards - in the next two years hopefully, if the market allows - an IPO.''

Bernard also insists longevity is the key to successful partnerships in the fast-paced fashion industry.

He said: ''Today, young designers live in a world that is changing rapidly, where communication is instantaneous. What interests me is taking the long-term perspective.''