Bart wrote a touching tribute to his old teacher Edna.

Usually tasked with repeating his sins on the blackboard after school, Bart had something altogether more pertinent to write in its latest episode. The little yellow scamp penned, “We’ll miss you Mrs. K” in tribute to the late Marcia Wallace, who voiced the character of Mrs. Krabappel.

Bart and Edna had a love hate relationship on The Simpsons

Following her death the show's executive producer Al Jean described Wallace as "brilliant and gracious"and that she was "beloved by all at "The Simpsons" and we intend to retire her irreplaceable character.

"Earlier we had discussed a potential storyline in which a character passed away. This was not Marcia's Edna Krabappel," he said. "Marcia's passing is unrelated and again, a terrible loss for all who had the pleasure of knowing her." (Entertainment Weekly)

Sunday's edition of The Simpsons, which featured the chalk board tribute, was preceded on the Fox channel in the US by a re-run of 2011 episode The Ned-liest Catch.

Yeardley Smith, who voices Lisa Simpson, tweeted: "Cheers to the hilarious, kind, fab Marcia Wallace, who has taken her leave of us. Heaven is now a much funnier place b/c of you, Marcia."

Not much is known about Marcia’s sad passing aged 70, but reports suggest the Simpsons crew knew she was ill. Her vocal turn as the cynical and hilarious 4th grade teacher was widely acclaimed, and won her an Emmy for outstanding voice actress in 1992.

The BBC report that Wallace died of complications with pneumonia on 25 October at her home in Los Angeles. Wallace appeared in 178 episodes in all, voicing the grumpy teacher in 175 of them. 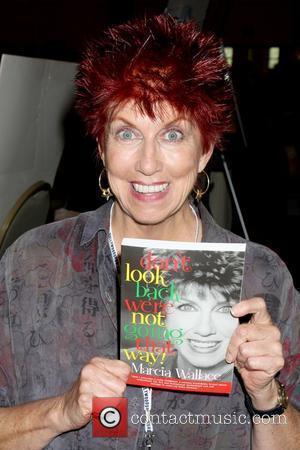