Comedienne Margaret Cho Was "Mortified" When She Heard Her Friend Damon Wayans Joke About The Bill Cosby Rape Scandal In A Recent Radio Interview. 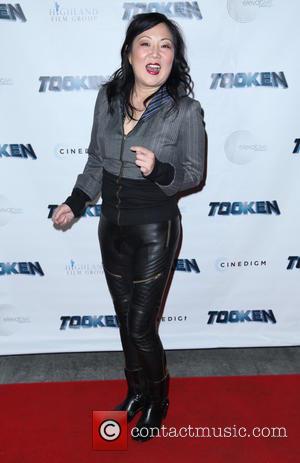 Wayans has been blasted for suggesting the 50-plus women who have accused Cosby of drugging and/or raping them were all in relationships with the comedian, and calling the whole drama a "money hoax".

His remarks during a chat with Power 105's The Breakfast Club last Friday (04Sep15) deeply hurt Cho, who is a victim of sexual abuse, and she tells U.S. news show Access Hollywood she was stunned when she heard what Wayans said.

She says, "I think it's amazing that over 50 women have come forward with the exact same story... and nobody is honouring them, they are not being believed.

"Even with somebody like Damon Wayans coming forward and saying they're 'unrapeable', I think that's really sad.

"He's a friend and he's somebody I really admire and to hear something like that is so horrifying... I'm so mortified that somebody that I like would have that attitude."

Cho recently revealed she was molested from the age of five, and raped throughout her teens. She has released a new song, titled I Want to Kill My Rapist, admitting, "I think that rape is a murder of the spirit and the only way that you can deal with it is to sort of do it back. People say, 'Oh, living well is the best revenge'. and I'm like, 'No, revenge is the best revenge!'"