Mezzo-soprano Katherine Jenkins was another to go for the 'girl power' angle, tweeting, "RIP Baroness Thatcher. I will always fondly remember the afternoon tea & chat at your home #GirlPower," though after coming under fire from some fans, she added, "Say what you like but she was a wonderful supporter of our military in her later years and for that reason I have massive respect."

Imogen Thomas was another celebrity to suffer a backlash for her Thatcher related tweets, while X Factor star and Celebrity Big Brother winner Ryan Clark walked into an almighty wall of abuse. "Getting a bit of backlash about thatcher, maybe I'm not up on history???" he asked. Rylan Clark At The ITV Studios 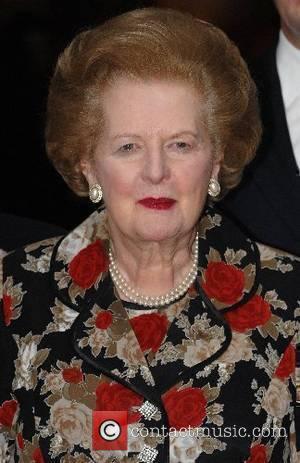