Bryan Tanaka was a 'sweaty mess' when he met Mariah Carey

Mariah Carey's rumoured boyfriend Bryan Tanaka has confessed he was a ''sweaty mess! when he first met the superstar. 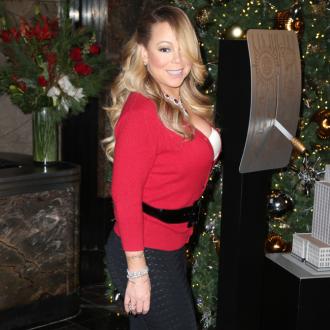 Mariah Carey's boyfriend Bryan Tanaka was a ''sweaty mess'' when they first met.

The 'Without You' hitmaker's hunky partner was hot and flustered when the new love birds were first introduced because he was rehearsing a dance routine on stage.

The choreographer said: ''The first time we met we were actually in a rehearsal setting, a huge sound stage at Sony studios back in L.A.

''And she walked in with a beautiful entourage and I was on stage already. Our first introduction was kind of a sweaty mess, because I was on stage sweating...she came out all looking gorgeous and everything. But it was great we said 'Hi' real quick and we got back to work.''

Mariah showcased her new beau at the 'Mariah's World' premiere party in New York City earlier this week and the dancer gushed about their ''connection'' and ''mutual admiration'' for each other on the red carpet.

He said: ''I've always had a thing for Mariah. I love her so much. Just make sure you tune in to the show and you'll see kind of how everything happens ... We've been friends for a long time. I do a little dance move here and there and we have a good time. It will be fun ...

''Something connected with us back in the day and there was just a mutual admiration. She saw something in me that I actually didn't recognise at first, from that it was over. It was set in history that we were gonna be connected some way, some how.''

Meanwhile, the star has swiftly moved on from her former fiancé James Packer by staying positive.

She said recently: ''Oh, I can't give somebody that much power. Are you kidding me? ... You gotta keep on pushing.''

Speculation about Mariah and Bryan's relationship was fuelled when the pair were seen smooching whilst on holiday in Maui, Hawaii.

An eyewitness said: ''They were all over each other, making out and not wanting to be more than a few feet apart.''