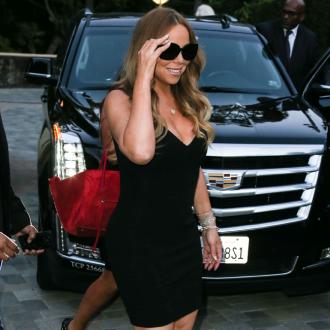 Mariah Carey and Katy Perry are among the stars featured in Harper's Bazaar's 2015 icon series.

The 54-year-old star and the 'Dark Horse' hitmaker are two of nine modern icons who have been transformed into their iconic inspirations and photographed by legendary photographer Jean-Paul Goude for the fashion magazine.

Mariah - who is pictured on a swing in an old fashioned pink dress with flowers in her hair - said: ''I'm pretty much the opposite of Marie Antoinette, but it's always fun to throw on a costume.''

Katy, 30, poked fun at herself as she spoke of her enjoyment at dressing up as the late actress Elizabeth Taylor - who married eight times to seven different men.

She told the magazine: ''An icon transcends time. Liz was so fabulous and decadent and had a style that evolved with the years... and I'm sure I'll be married just at many times!''

Speaking about her icon, the late former Vogue editor-in-chief and Harper's Bazaar fashion editor Diana Vreeland, Rosie said: ''Diana was such an influential, powerful woman who changed fashion from the inside out.''

The September issue of Harper's Bazaar hits newsstands on August 18.