Mariah Carey having 'a lot of fun' with James Packer

Mariah Carey is reportedly having ''a lot of fun'' with her rumoured boyfriend Australian billionaire James Packer. 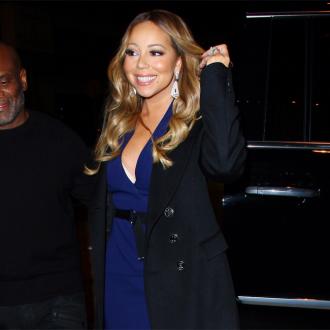 Mariah Carey is having ''a lot of fun'' with James Packer.

The '#Beautiful' hitmaker sparked rumours she is dating the Australian billionaire when they were seen holding hands whilst vacationing in Sardinia, Italy.

A source told E! News: ''[Mariah]'s having a lot of fun being courted.

''It's very different than when Nick Cannon was wooing her. To her, Nick [Cannon] was a boy. James is a man.''

Meanwhile, James is reportedly keen on asking Mariah -who has four-year-old twins Monroe and Moroccan with estranged husband Nick Cannon - to marry him as soon as her divorce is finalised.

A source said: ''James wants to marry her sooner rather than later, and she is very open to the idea.''

However, another insider denied the pair were considering an engagement just yet.

They added: ''They are not talking marriage. That's ridiculous. She's enjoying his company, but she's also trying to remain cautious.

However, whilst Mariah has moved on, her ex Nick admitted he wouldn't rule out the chance of them getting back together.

He said: ''It's one of those things, I'm a hopeless romantic too. Through this learning process, you never say never.