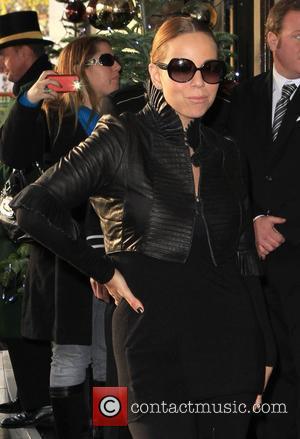 Mariah Carey was the guest of honour at the Noble Gift Gala in London on Saturday (10Dec11) as singer Jermaine Jackson and actress Eva Longoria paid tribute to the pop superstar for her charity work.
The Hero hitmaker was presented with the Noble Gift Humanitarian Award in recognition of her efforts to help disadvantaged children across the world and Jackson and the Desperate Housewives beauty, who was the honorary chairwoman of the event, were on hand to celebrate her achievements.
Taking to her Twitter.com blog on Sunday morning (11Dec11), Carey writes to Longoria, "You're a wonderful humanitarian and a beautiful person. Thank you so much for your kind words at the charity event last night."
A separate post addressed to Jackson reads, "So humbled by Jermaine Jackson's words last night. Many many thanks. Love and support to you always & holiday blessings to the whole family."
Other guests at the gala included former supermodel Jerry Hall and socialites Petra and Tamara Ecclestone, while attendees were treated to a performance by British singer Leona Lewis.
Proceeds from the event benefited The Eva Longoria Fund, which aims to provide aid for needy kids with health problems and members of the Latino community.