Mariah Carey has reportedly agreed a seven-figure deal to be the new face of 'Game of War: Fire Age'. 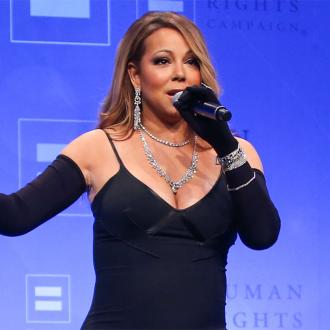 Mariah Carey is the new face of 'Game of War: Fire Age'.

The 'Hero' hitmaker has reportedly agreed a seven-figure deal with the mobile game to replace Kate Upton in promoting the popular app, TMZ reports.

Under the terms of her contract, the 45-year-old singer will film a 30-second commercial, and also undertake other promotional shoots for the game.

The commercial will take two days to shoot and will be directed by 'Terminator Genisys' helmsman Alan Taylor.

The advertisement is also expected to include music by Mariah.

While she may have landed a hefty fee for her promotional services, developers will not have a hard time budgeting for the 'Fantasy' singer as the game reportedly brings in a staggering $1 million a day.

Mariah recently revealed she is a very good cook.

The singer - who is renowned for her diva reputation - admits people don't believe she can impress in the kitchen but she honed her culinary skills while pregnant with her and Nick Cannon's twins Moroccan and Monroe, now four.

She said: ''I'm actually a really good cook and people don't believe this about me! When I was pregnant I needed to make sure I was getting my nutrients, so I just started cooking a lot.

''I always cook on the holidays and on Christmas Eve. I cook my dad's recipe for linguine and white clam sauce -- he left that recipe for me; he was a great cook.

''I love to cook; I get creative. It's fun and something totally different from what I do every other day of the year.''