Mariah Carey Refuses To Cry In Front Of Kids

Singing Superstar Mariah Carey Is Adamant She Will Never Cry In Front Of Her Children Despite Going Through A "Rough Time" Following Her Split From Nick Cannon. 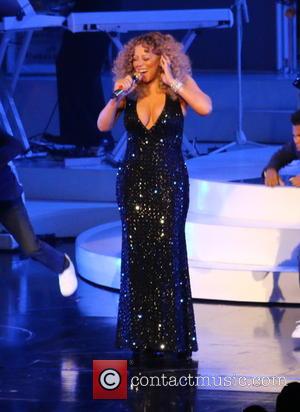 Picture: Shots of American pop super stars Mariah Carey as she performs live on stage as part of her 'Mariah #1 To Infinity' at The Colosseum...

The famous couple, who have four-year-old twins Moroccan and Monroe, split last year (14) after eight years of marriage and Cannon filed for divorce in December (14).

Carey revealed she was heartbroken following the split but is adamant she refused to cry around the house for fear it would ruin her children's innocence.

She tells Britain's Weekend magazine, "I don't want them to see a mother saying, 'I'm going through this. I'm going through that.' They're babies - innocents. They don't have to see that yet - if ever. So I try to keep everything together because, in some instances, if you cry you're not going to stop crying...

"Christmas was a rough time for me personally but I got through it and you know what? It was for the kids. That was the whole thing. I have a song called Side Effects which goes, 'I kept my tears inside because I knew if I started I'd keep crying for the rest of my life with you. I finally built up the strength to walk away, don't regret it but I still live with the side effects.' That became something I sang over and over to myself because I've been through a lot over the last couple of years. I don't talk about (Nick) because it's inappropriate."