Mariah Carey and Nick Cannon renewed their wedding vows on the top of the Eiffel Tower in Paris yesterday (27.04.12). 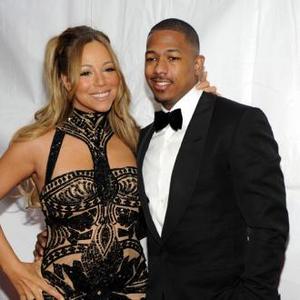 Mariah Carey has renewed her wedding vows to Nick Cannon on the top of the Eiffel Tower.

The 'Shake It Off' hitmaker - who married the TV presenter in a surprise ceremony in the Bahamas four years ago - took to twitter to celebrate the ''incredible night'' in the French capital of Paris yesterday (27.04.12).

She wrote: ''Tonight was an incredible night. I can't express how amazing it was to renew our vows in Paris at the top of the Eiffel tower.

''Thank you so much to all the fans who came out as always and showed their love and support. I love you!(sic)''

Nick - who has recently battled ill health - recently admitted he continued to be amazed by his marriage to Mariah, with who he now has nearly one-year-old twins Moroccan and Monroe.

He said: ''We get married every year; it's our thing. I just have to keep doing it to make sure it's real!''

Nick recently revealed the couple planned to celebrate their children turning one with a special Celebration outside of the US.

He said: ''It's up in the air right now but it's probably not going to be in the States. We are going to take it overseas.''

When a party at the Eiffel Tower in Paris, France was suggested, Nick appeared to hint the speculation was right, smiling as he said: ''You're good. You're good.''