Mariah Carey is set to earn between $2 million and $5 million for a New Year's Eve (31.12.15) performance at Copacabana in Brazil. 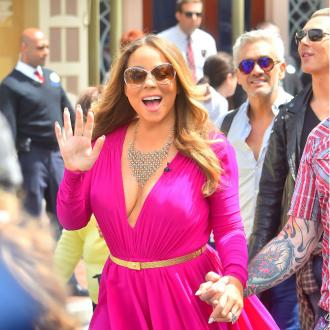 Mariah Carey will reportedly earn $2 to $5 million for one night's work.

The singer is set to cash in with a New Year's Eve (31.12.15) performance at Copacabana in Brazil, according to TMZ.

Meanwhile, it was previously revealed that Mariah is releasing a festive children's book.

Mariah - who has four-year-old twins Moroccan and Monroe with estranged husband Nick Cannon - feels ''thrilled and proud'' to be releasing a picture story based on her 1994 hit single 'All I Want For Christmas Is You'.

She said: ''When I wrote 'All I Want For Christmas Is You' it was my dream for it to become a classic Christmas song.

''I am so proud of the song's impact as it continues to create memories for fans each year.

''I am thrilled to be able to bring the story of the song to new generations of families with the picture book.''

The book features the complete lyrics of the single and tells the story of a little girl whose festive wish is for a new puppy.

The news came after it was announced the 'Hero' singer will make her directorial debut on the Hallmark Channel's 'Mariah Carey's Christmas Project'.

The festive feature - which Mariah will also star in - will air in December as part of the network's Countdown to Christmas programming.