Mariah Carey to star in Empire

Mariah Carey is to star in the second series of 'Empire', the show's creator Lee Daniels revealed at the unveiling of her star on the Hollywood Walk of Fame on Wednesday (05.08.15). 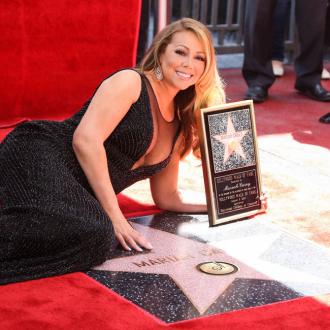 Mariah Carey is to guest star on 'Empire'.

The TV show's creator Lee Daniels has revealed the 'Honey' singer will be making an appearance in the second series of the hit show.

Speaking on Wednesday (05.08.15) before Mariah received her star on the Hollywood Walk of Fame, he said: ''Watch her on 'Empire', you guys. She's coming on 'Empire'.''

Mariah previously worked with Lee on 'Precious' in 2009 and 'Tennessee' in 2008 and her role will be her first major TV appearance since she appeared in an episode of 'Ally McBeal' in 2002.

The Fox music drama has featured a host guest stars such as Naomi Campbell and Rita Ora, while several big names have already been confirmed for season 2 including Kelly Rowland, Chris Rock and Marisa Tomei.

Moroccan and Monroe and the adorable pair interrupted her acceptance speech for a cuddle and to say ''I love you mommy'' into the microphone.

A smiling Mariah then got her chance to address the crowd, joking: ''I better get through with this before the kids want to come up and talk again!''

She then added: ''Thank you so much, really, everybody for being here ... I just want to thank all the fans for coming. This is a huge honour. A childhood dream come true ... Before these kids take me off the stage, I guess I should move along. Thank you so much.''