Mariah Carey wants to collaborate with herself

Mariah Carey has insisted she only wants to collaborate with herself because she believes there is ''no point'' in working with other artists. 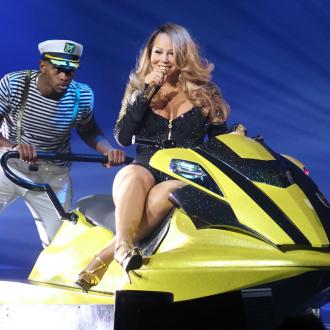 Mariah Carey wants to collaborate with herself.

The 'Touch My Body' hitmaker has recorded with artists including Gucci Mane, Busta Rhymes and Jay Z during her career, but said she has no plans to do any more tracks with other acts because there's ''no point'' anymore.

The 45-year-old musician recently released her new single 'Infinity' to celebrate her Las Vegas residency at Caesars Palace, and revealed she is loving performing the track because her fans already know all of the words.