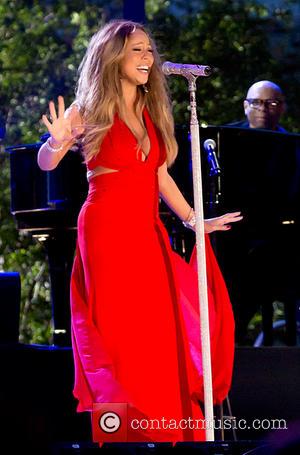 Mariah Carey's husband Nick Cannon was inundated with phone calls on Thursday (11Jun13) after deciding to share his cell number with fans online.

The Tv personality has been busy promoting the return of his U.S. comedy sketch show Wild 'N Out on Tuesday (09Jul13) and he wanted to celebrate the MTv2 show's high viewing figures by speaking directly to devotees.

"Obviously some of y'all are going to get the voicemail. My phone is ringing off the hook! I can only talk to one person at a time".

However, his cell phone struggled to handle the high volume of calls pouring in from fans and his mobile device soon shut down.

He later tweeted, "My cellphone just froze up! Lol (laugh out loud) I got a lot of Voicemails tho (sic)! Leave a (number) so I can call you back. Y'all broke my cellphone! Lol."

The popularity of Tuesday night's season premiere helped to give bosses at MTv2 their highest night of ratings since the network's launch in 1996, with an average of 1.1 million viewers tuning in for the programme.