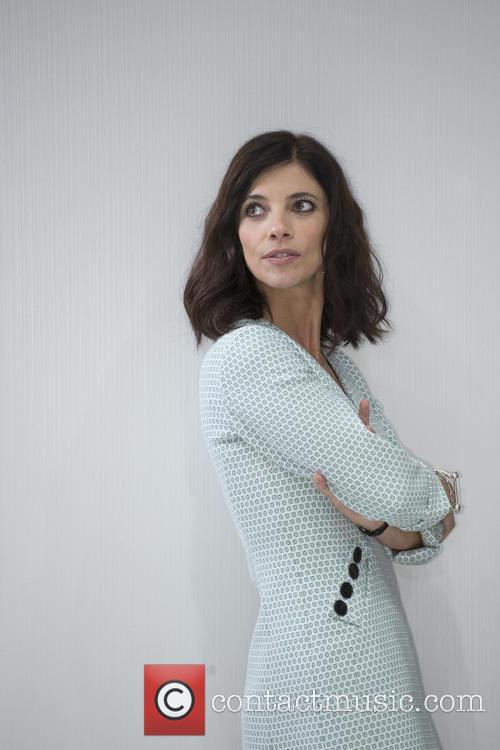 This exquisite Spanish take on the Snow White fairy tale is in a different league from Hollywood's two recent attempts to retell the story: it's clever, artistic and emotionally thrilling. Aside from comparisons to Mirror Mirror and Snow White and the Huntsman, it's also likely to be measured against The Artist, since it's shot as a black and white silent movie. But forget all of those! This film stands on its own as a cinematic experience so wonderfully involving that we never want it to end. It's set in 1910 Seville, where top bullfighter Antonio (Gimenez Cacho) is badly injured in the ring, shocking his glamorous singer wife (Cuesta) into early labour. But when she dies in childbirth, the now paralysed Antonio can't bear to look at his newborn daughter Carmen, so she's sent to live with her grandmother (Molina). Years later, Carmen (played by Oria then Garcia) finally gets the chance to live with her father, but she's badly mistreated by his new wife Encarna (Verdu), his former nurse. Abandoned in the woods, Carmen meets six dwarf bullfighters who are amazed at her natural skills in the ring. So they name her Blancanieves (which means Snow White) and make her the seventh member of their travelling troupe.

There's no magic in this version of the story, which is grounded in earthy settings and historical authenticity. Instead of a talking mirror, Encarna discovers Carmen's beauty as her crowd-pleasing performances knock Encarna off the front pages of the tabloids. Enraged, she plots to get rid of Carmen by handing her a poisoned apple in a scene fraught with both joy and unbearable tension. The film is packed with these kinds of mixed emotions, which add to both the timelessness of the tale and the deeply personal resonance.

By Chris Barsanti
Excellent
Unfolding before viewers' eyes like luxuriantly blooming nightshade, Guillermo del Toro's Pan's Labyrinth is a dark treat that delivers a powerful sting. The nightmare conventions are here in his story of a young girl whose moorings to the real world have been quite effectively cut, everything from mysterious forests and exaggeratedly evil father figures to subterranean monsters and a fairy world existing quite close to our own. But instead of losing himself in the otherworldly, del Toro bases this fantasia in the deadliest of realities.

This exquisite Spanish take on the Snow White fairy tale is in a different league...