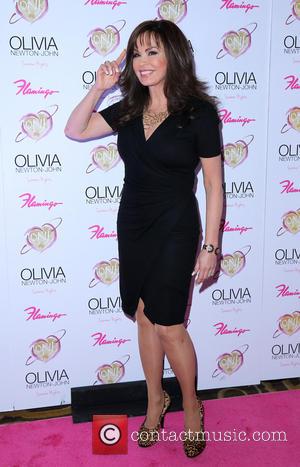 Former child star Marie Osmond is convinced Justin Bieber will struggle to save his pop career following the release of a second video in which he is allegedly shown repeatedly making racial slurs.

A report published in Britain's The Sun newspaper on Wednesday (04Jun14) suggested the footage features the Baby hitmaker changing the words to his 2009 hit One Less Lonely Girl to One Less Lonely N**ger and making references to notorious race hate group, the Ku Klux Klan.

The video has since been released to Tmz.com, days after Bieber issued a public apology for another old clip, in which he was caught on camera, at 15, telling a racist joke and using the 'N-word'.

Both videos are thought to date back to 2009.

Neither Bieber nor his manager Scooter Braun have officially commented on the latest race scandal, but veteran entertainer Osmond believes it will be the nail in the coffin for the singer's career.

Speaking as a guest co-host on U.S. daytime show The Talk on Wednesday, she said, "You see him say sorry over and over. I believe in forgiveness, but you keep saying it over and over and your actions don't back up your words, and this is, to me, the classic case of what we call a child star, where they have handlers and they have people that pay people off to clean up their messes.

"Well, those messes eventually catch up with you and there's a thing called consequence and you're no longer a child...

Bieber found himself under fire over the weekend (31May-01Jun14) release of the initial video, and he released a statement on Sunday (01Jun14), insisting it was "a reckless and immature mistake" which he deeply regrets.

He added, "Thanks to friends and family I learned from my mistakes and grew up and apologized for those wrongs. Now that these mistakes from the past have become public I need to apologize again to all those I have offended."

Bieber's clean-cut pop star image has taken a battering in recent months following a string of legal problems, including a Dui arrest in Florida earlier this year (14) and allegations he was involved in an assault on a limousine driver in his native Canada.