Shock Rocker Marilyn Manson Has Confessed The Columbine School Massacre "Shut Down" His Career, After Critics Accused Him Of Inspiring The Teen Gunmen Who Staged The Sick Killing Spree. 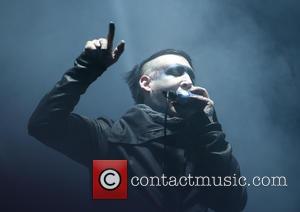 The Beautiful People hitmaker came under fire in 1999, when it was reported Eric Harris and Dylan Klebold were fans of his music, with many critics speculating Manson's music inspired them to shoot down 12 of their fellow students and a teacher at Columbine High School in Columbine, Colorado.

Although it was later revealed that the teens, who committed suicide following the tragedy, weren't fans of Manson at all, and reportedly thought his music was "too pop", the fall-out from the massacre stayed with Manson for years, and he reveals the unfounded speculation cost him a number of potential gigs.

Speaking during a music seminar at the Cannes Lions Festival on Monday (22Jun15), Manson said, "With Columbine, it really shut down my career entirely, to the point where casinos - gambling establishments - refused to book my shows."

He added that critics were quick to place the blame on him and his music, all the while prominently featuring the teen killers in the media.

The rocker, 46, used the seminar to reveal he has started considering retirement, adding, "I wonder sometimes if I've outgrown my spotlight. Someone asked me a long time ago, 'Are you worried your image will overshadow your music?' No, I'm worried my music will overshadow my image."