The Demolition Of A House Where Marilyn Monroe Once Lived Has Triggered A Legal Spat In Los Angeles. 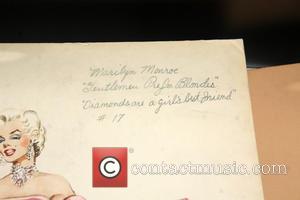 The actress spent around a year living at the home in the San Fernando Valley before her acting career took off.

The house has been torn down to make way for a new apartment building, but a group of local residents objected to the demolition plans.

The campaign group, titled Save Valley Village, filed a request with local authorities to have the house declared a national monument.

However, city council officials dismissed the claim and gave the go-ahead for the house to be destroyed.

The residents have now filed a lawsuit against the council, alleging it broke local laws by allowing the work to go ahead.

The demolition is said to have taken place just days before a Cultural Heritage Commission was due to rule on the house's monument status.

"While Norma Jean (Monroe) was born at County Hospital in Lincoln Heights, Marilyn Monroe's career was born while living in this house," the lawsuit states.

The claimants are requesting city officials rescind permission for a new apartment block to be built on the site of the demolished house, according to the Los Angeles Times.