Marilyn Monroe's 'Seven Year Itch' dress has been crowned the most iconic screen costume, in a new poll by the British Heart Foundation. 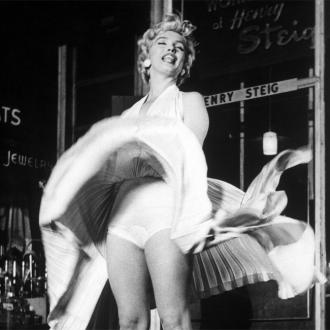 Marilyn Monroe's white dress has been crowned the most iconic screen costume of all time.

The halter neck outfit created by costume designer William Travilla for 1955 movie 'Seven Year Itch' has topped a new poll by the British Heart Foundation as the most memorable screen outfit ever.

Since the film was released, the image of Marilyn laughing as a gust of wind blows up the frock has gone down in pop culture history.

Following in second place is farm girl Dorothy Gale's blue frock and red sparkly shoes from classic film 'The Wizard of Oz', which is based on the 1900 novel of the same name by L. Frank Baum.

The actress paired skin tight leather leggings with an off-the-shoulder black top and red mules, and wore her blonde locks down in tight curls.

In fourth position is the bikini worn by Ursula Andress in Bond classic 'Dr No' and in fifth spot is the black Hubert de Givency cocktail dress worn by Audrey Hepburn in 'Breakfast At Tiffany's', which she paired with a statement necklace and black gloves.