Marion Cotillard has joked that 2013 has been her ''year of prostitution'' after playing call girls in both 'The Immigrant' and 'Blood Ties'. 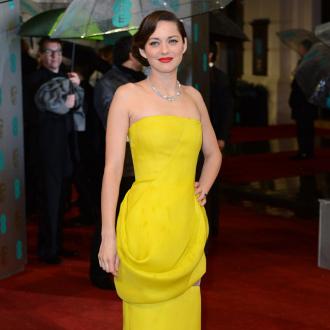 Marion Cotillard says 2013 has been her year of ''prostitution''.

This year has seen the French actress play two prostitutes in both James Gray's upcoming drama 'The Immigrant' and in thriller 'Blood Ties', which was directed by her long-term partner Guillaume Canet.

The star joked: ''[The characters] prostitute themselves in order to survive. Both films took place at around the same time. Between that and the music video shot I for David Bowie, 'The Next Day', this year has kind of been my year of prostitution!''

Marion insists she wasn't nervous about taking orders from her boyfriend on the 'Blood Ties' set and even found the experience enjoyable.

She explained: ''We communicate. We inspire each other. Actually, it was me who had the idea that Monica, my character, could be Italian. Guillaume thought it was a good idea. That was before I remembered I can't speak a word of Italian...''

Marion - who is best-known for her Oscar-winning performance as legendary French singer Edith Piaf in 'La Vie En Rose' - has always fallen in in love with her on-screen alter-egos, no matter how unlikeable they may be.

She told France's Le Figaro newspaper: ''I have never been confronted with a character that I don't like.

''There were some aspects of Piaf's nature that I liked less than others: she couldn't stand being alone and would do some questionable things. But when I played her, I ended up loving her completely.''