Marion Cotillard will be Lady Macbeth in an intriguing new adaptation of Shakespeare's darkest play. 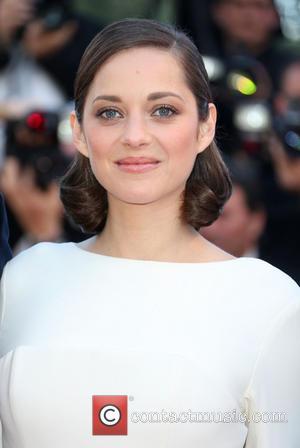 And so it is French actress Marion Cotillard who has been tasked with playing Lady Macbeth in StudioCanal and Film4's forthcoming adaptation of the Shakespeare tale, from the producers of The King's Speech, according to the Hollywood Reporter.

The movie, set to begin shooting in January 2014, will see Michael Fassbender as the iconic anti-hero in Shakespeare's darkest play.

Cotillard replaces Natalie Portman in the movie, which is being directed by Justin Kurzel. Film aficionados will be familiar with the Australian filmmaker for his movie Snowtown, easily one of the darkest, bleakest and most shocking films in recent memory. The film, about John Bunting, Australia's most prolific serial killer, was virtually unwatchable in places, though critics gave it the benefit of the doubt,

"Your appreciation of this Australian horror movie will depend on whether you think its artistry justifies its unrelenting ugliness," said the Chicago Reader's Ben Sachs, just about summing it up.

What Kurzel's reputation tells us is that Macbeth is going to be dark. Dark, dark, dark. Already considered the great playwright's darkest work, the tale - about the psychological effects of evil ambitions of power - could end up being pretty hard-hitting stuff.

Set in Scotland, the play dramatizes the corrosive psychological and political effects produced when evil is chosen as a way to fulfil the ambition for power.

As mentioned, the Oscar-winning team behind The King's Speech, Iain Canning and Smile Sherman - will produce, indicating that both StudioCanal and Film4 have lofty ambitions for it. The acquisition of Cotillard is solid - she's probably the next best thing to Portman at the minute, though many will argue she's the better actress - while Fassbender appears superb casting.

Macbeth is one to look out for.