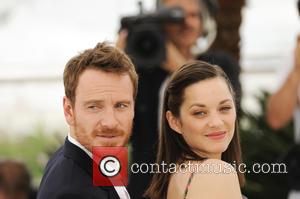 The Oscar winner stars as Lady MACbeth opposite Michael Fassbender as William Shakespeare's tragic king in the new film adaptation.

Marion reveals the heavy role took a major toll on her health during filming.

"I never had panic attacks before," she tells Porter magazine. "What was funny is I didn't know what a panic attack was, but I had studied it for (a) role I did before... I was like, 'Are you kidding me?'... I just had to accept I would freak out the whole shoot long."

Marion's confession came before she had to pull out of the film's premiere in Edinburgh, Scotland on Sunday (27Sep15) due to illness.

Reports suggest she missed the film's red carpet debut at the Festival Theatre because she was suffering from exhaustion.

She has previously declared playing Lady MACbeth was one of the toughest roles of her career.

"It was a hell of a thing to take on,' says Marion. "I have been through very deep experiences with many dramatic roles but this one was the darkest of them all. All the roles I've experienced have had some light in them. But here there was no light. Lady MACbeth is... She is a piece of work."