Marion Cotillard says living with director Guillaume Canet has given her a better understanding of the filmmaking process. 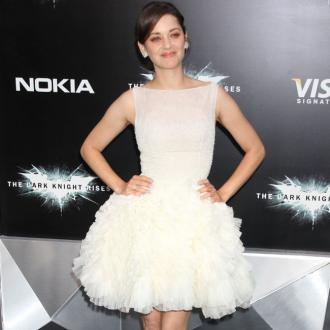 Marion Cotillard admits living with her partner has made her appreciate the director's role more.

The 38-year-old actress believes her filmmaker beau Guillaume Canet - whom she has been dating since 2007 - has allowed her to see the process in which movies are put together in a different way.

She said: ''I now know what it is to direct a movie. I have to live the whole journey of realising a movie and I know how hard it is. Now when a director cannot get what he wants, most of the time because of money, it breaks my heart.''

Meanwhile, the French beauty will be playing Lady Macbeth in Justin Kurzel's adaptation opposite Michael Fassbender, but she admits she always thought she would play the role on a stage in her native tongue.

She explained: ''I always knew that one day I would play Lady Macbeth but in my mind it would be on stage in French. I never thought that one day I would say the original lines, which took me ages to understand. I was very honest when I read the text for the first time.

''I rung the director and said, 'Thank God I know the story because I didn't get any of the words'. It's kind of crazy to ask a French actress to do that.''