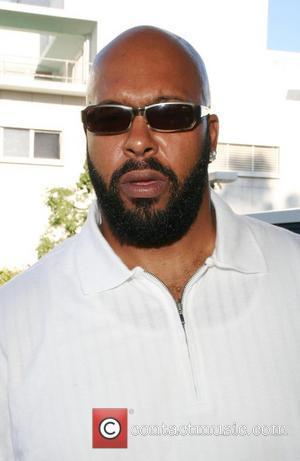 Knight fell out with Snoop Dogg and Dr Dre after they left his DEATH ROW RECORDS in the late 1990s in a dispute over money. American newspaper NEW YORK POST reports a member of Knight's entourage, who had been sitting beside the mogul, allegedly started the violence by striking Dre before Dogg and Quincy Jones presented him with a lifetime achievement award.

A witness says, "All I know is that someone from Suge's table ran forward to get to Dre, but a bunch of people from 50 Cent's table blocked him. Whoever was stabbed was not a celebrity."

The audience of 3,000, which included Alicia Keys, Ashanti and LENNY KRAVITZ, watched in horror as people were stabbed, kicked and tables and chairs were hurled around Santa Monica, California's Barker Hangar, until Vibe President KENARD GIBBS calmed the situation and resumed the show.

Gibbs explains, "There was an altercation, but these things happen. They've even happened at rock concerts before."

The Post source claims, "It was pure panic. I never saw anything like it. Those cars were flying out of here. Russell Simmons ran out of here crying."