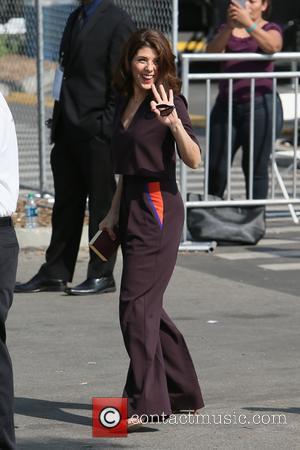 Actress Marisa Tomei has been cast as feminist icon Gloria Steinem in an upcoming mini-series produced by George Clooney.

The actor is reuniting with his The Ides of March co-star for Ms., a programme for America's HBO network focusing on the creation of Ms. Magazine in 1971.

Steinem and Bella Abzug, who will be played by Kathy Najimy, founded and ran the publication, and the mini-series will also feature those whose lives were changed during the early days of the Women's Movement.

Clooney, along with his producing partner Grant Heslov and Bruce Cohen, will executive produce the project, while Steinem will serve as a consultant.