Mark Gatiss Thinks 'Doctor Who' Is A "Poisoned Chalice"

Though he's not joining the series as heavily rumoured in the past, he doesn't mind talking about the sci-fi show.

As one of the most popular television properties in the world, the expectation for 'Doctor Who' continues to rise with each and every season that comes to the small screen. Currently headed by showrunner Steven Moffat and actor Peter Capaldi, the show is enjoyed a tenth series, which will also serve to be both Moffat and Capaldi's last. Following its conclusion, 'Broadchurch' creator Chris Chibnall will take over from Moffat, whilst the next Doctor is still to be announced.

Mark Gatiss thinks working on 'Doctor Who' would be very tough

Before Chibnall was revealed to be the new showrunner however, there were plenty of rumours as to who would succeed Moffat. One of the people mentioned most frequently was Mark Gatiss, but now the writer has been opening up about the show and how badly it can affect those who get in deep.

"To be honest, the job of showrunning 'Doctor Who' I think is probably the hardest job in television, I've seen it up close... It's just so completely all-consuming," he explained, whilst speaking at Oxford Union.

He continued: "I act and I write and I couldn't do both. I couldn't do it if I did it. It's such a poisoned chalice... There's so much expectation... Millions of people who think they can do it better than you."

It's a little disheartening to hear his words about working on the show. As fans, we like to think that everybody who does work behind-the-scenes enjoys their jobs, and whilst that still may be true, what Gatiss says here leads us to believe he has a little more insight into what really goes down.

Whatever the case may be, we know Chibnall is one of the most talented showrunners available. His work on the show should be more unique than anything we've seen before, and with him already hinting that his series of 'Doctor Who' could see a singular storyline running through it rather than a different plot every week, big changes could be headed our way.

More: Will Kris Marshall Take Over Peter Capaldi On 'Doctor Who'?

'Doctor Who' continues Saturdays on BBC One in the UK and on BBC America in the US.

Mark Gatiss Thinks 'Doctor Who' Is A "Poisoned Chalice"

'Sherlock' Co-Creator Mark Gatiss Responds In Verse To A Critic 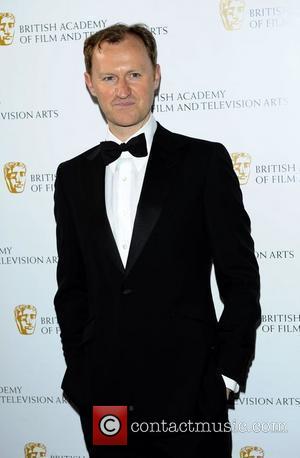