Mark Hamill has confirmed he is in talks to star in J.J. Abrams forthcoming Star Wars movie, Episode 7. 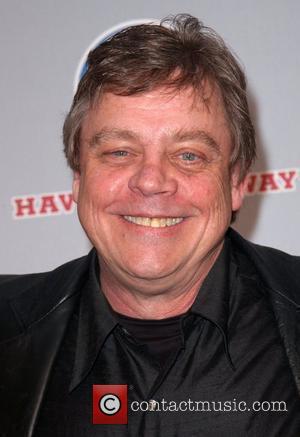 Mark Hamill returning to the Star Wars franchise for J.J Abrams hugely anticipated Episode 7? Could it be? Looks like sci-fi fans are getting a very early Christmas present this year, with news that Hamill - who played Luke Skywalker in the original movies - is in discussions to return for Disney's new film. "It's all very, very exciting and so unexpected," the actor told Entertainment Tonight, "I think that's the quality I like about it most - it's like getting a pair of pants out of the closet you haven't worn in three years and finding a $20 bill in the pocket. It's just so unexpected."

Hamill confirmed "they're talking to us," when asked directly about his involvement in the new film, though interestingly revealed that George Lucas is at the forefront of the casting process. "George [Lucas] wanted to know whether we'd be interested. He did say that if we didn't want to do it, they wouldn't cast another actor in our parts - they would write us out. . I can tell you right away that we haven't signed any contracts." It was thought Lucas would be taking a backseat role in the development of the new movies, though Hamill confirmed the legendary director and producer wants him to meet with writer Michael Arndt and LucasFilm executive Kathleen Kennedy. "Both have had meetings set that were postponed - on their end, not mine. They're more busy than I am," he added.

Hamill, now 61, says he's intrigued about where the new trilogy could go - as are most Star Wars fans - though concedes he knows little about Episode 7. "I probably learn more from Entertainment Tonight than I do directly from Lucasfilm - like for instance, when George told us he wanted to do the next trilogy, he didn't tell us it was going to be done for Disney. He saved that little nugget, and I read it online like anybody else." News of Hamill's potential involvement comes just days after the Latino Review reported exclusively that Harrison Ford would be joining the movie, reprising his role as Han Solo. "I hope we don't overstay our welcome," joked Hamill.