Childhood: Mark Lester was born in Oxford, England, to Rita Keene Lester and Michael Boris Lezter (later Lester). His mother was an actress and his father was both an actor and a producer.

Lester studied at the Halliford School in Shepperton, an independent school. He then went on to attend the Corona Academy stage school in Hammersmith, in London. As a result of his training, he landed a number of supporting roles in UK TV series such as The Human Jungle (one particular episode featured Joan Collins as a guest star) and Danger Man (starring Patrick McGoohan).

Acting career: When Mark Lester was six years old, he appeared in the Diana Dors film, Allez France! He then landed a small role in Farenheit 451, playing the second schoolboy.

Four years later, Mark Lester was chosen to appear in the film version of Oliver! The production was a movie adaptation of Lionel Bart's musical, based on the Charles Dickens novel Oliver Twist. The film was hugely successful and won six Academy Awards. Also starring in the film were Oliver Reed (as Bill Sikes) Ron Moody (as Fagin) and Jack Wild (as Dodger).

Jack Wild and Mark Lester worked together again on Melody in 1971. The film starred Tracy Hyde as the title character and featured the music of Crosby, Stills, Nash and Young and the Bee Gees on the soundtrack.

In 1969, Mark Lester starred opposite Sir John Mills (father of Hayley Mills) in Run Wild, Run Free and received a great deal of praise for his performance as a dysfunctional child. He also played a disturbed child in the first episode of Then Came Bronson.

The first few years of the 1970s were hugely popular for Mark Lester. At the star of the decade. He starred in Eyewitness, along with Susan George and Night Hair Child with Britt Ekland. He was also cast in Whoever Slew Auntie Boo? with Shelley Winters.

Lester then struggled to find decent film roles and made a series of films in Italy, including Redneck, with Telly Savalas and Scalawag with Kirk Douglas. The last in this series of Italian films was La Prima volta sull'erba. The title translates as Love Under The Elms and the film was nominated for Best Film at the 1974 Berlin Film Festival.

The final film that Lester made in Britain was Crossed Swords (or, The Prince and the Pauper. The film starred Charlton Heston, George C. Scott, Rex Harrison and Raquel Welch. It also saw Lester working once more with Oliver Reed.

Life after Acting: Mark Lester stopped his acting career at the age of 19. Aged 28, Lester took his A-Levels and studied to become an osteopathic physician at the British School of Osteopathy. He went on to open an acupuncture clinic (the Carlton Clinic in Cheltenham) in 1993.

Personal Life: Mark Lester married a psychiatric nurse named Lisa in 1993. They had four children together but divorced in 2005.

From 1982, Mark Lester became a good friend of the late pop singer Michael Jackson. Mark Lester was chosen to be a godfather to Jackson's children. In 2009, however, shortly after Michael Jackson's death, Mark Lester took part in an interview with the British tabloid paper, News of the World, in which he stated that he was potentially the father of Paris Katherine Jackson, Michael's daughter. He claimed that he had donated sperm for Michael in 1996. He also stated that he was willing to take a paternity test. The press made much of the physical similarities between Paris and Mark's own daughter.

On the 4th anniversary of Michael Jackson's death, his close friend Jason Pfieffer reveals he is only the natural father of one of his three children. Pfieffer confirms Prince and Paris were fathered by British actor Mark Lester.

Michael Jackson revealed months before his death that he only fathered one of his three children, according to a new report. Jackson's youngest child, Blanket, is his natural son whilst British actor Mark Lester (most famous for playing the title role in the musical Oliver) is allegedly the biological father of his two eldest children: Prince and Paris.

According to clinic worker Jason Pfeiffer, giving an interview in the Mirror, Jackson decided on Mark Lester as the sperm donor because "Michael felt Mark was one of his closest friends. He said he was a great actor and very good man".

Furthermore Jackson does not appear to have been without choices in who should father his children as "he had taken several people's sperm and decided on Mark". 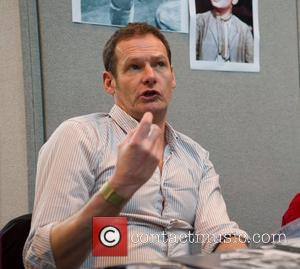 Godfather Lester: 'I'll Be There For Jackson's Kids'