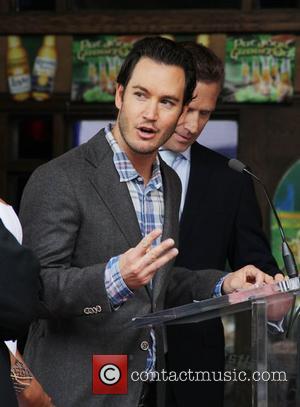 Mark-Paul Gosselaar, famed for playing teen heartthrob Zack Morris in the hit 90's show, Saved By The Bell, has tied the knot with his advertising executive other-half Catriona Mcginn.

The two tied the knot after a year of engagement last Saturday (28th July) at a private ceremony in San Ynez, in Californian wine country, People Magazine report.

Gosselaar (who was previously married to onetime aspiring actress Lisa Ann Russell) spoke to People before their big day about his involvement in the wedding, saying that he was very much involved in Saturday's wedding preparations "I'm too type-A to let it happen around me". He has two children with his previous wife, both of whom were present at the ceremony.

The newly weds will be heading off to Italy on their honeymoon, with the actor admitting that the one aspect that he, as well as his new wife, is looking forward to the most is the prospect of gorging on food.

Jewellery-maker Neil Lane, who was the man behind the couple's engagement rings and wedding bands, also told the magazine that he was surprised Gosselaar took a year to marry, telling the mag that "he couldn't wait to propose!"

Here's hoping the two have years for matrimonial bliss to come, we wish them both the best.