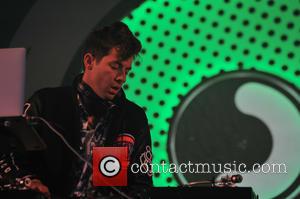 The two stars both worked with the British singer prior to her death from alcohol poisoning, aged 27, in 2011, and they are honouring her memory by joining the charity set up in her name.

"Becoming a patron of the Amy Winehouse Foundation is a big deal to me," Mark says. "It's very important to help the great work that they are already doing, both with substance misuse and helping talented disadvantaged youth through music.

"Amy's music touched so many and also helped them - and now through the Foundation, it continues to help people."

Nas has been named as a patron along with music producer Salaam Remi, and a number of other stars have backed the organisation by becoming ambassadors.

British singers Ella Henderson, Jess Glynne and Foxes have all signed up to support the institution, which was set up by the Rehab star's parents to support troubled youngsters.

"We're delighted that @MarkRonson, @Nas and @SaLaAMReMi will be confirmed as Patron's (sic) of the Amy Winehouse Foundation tomorrow night #AWFGala," reads a statement released via the charity's Twitter.com account.

"In addition we have a number of new Ambassadors to promote our work... We can't thank all our new Patron's (sic) and Ambassadors enough for their support for our work supporting young people..."

Jess says of her new role, "I'm delighted to be an ambassador for the Amy Winehouse Foundation. Amy was the main inspiration for me to pursue my personal dreams to be a singer and songwriter."

"Through the Foundation, Amy continues to inspire even more people," Ella adds, "So it's a great honour to become an ambassador and help continue her legacy."