Mark Ronson blames Amy Winehouse's death for ruining his sessions with Gossip, meaning he didn't end up producing their album. 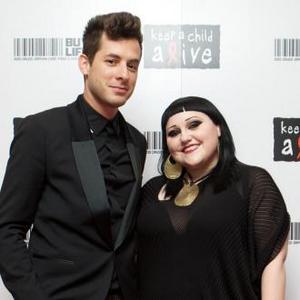 The producer was working on the band's new album, 'A Joyful Noise', when Amy died of accidental alcohol poisoning last year, and said afterwards he couldn't bring himself to go back to work on it.

He told MTV: ''It was really strange. It was almost like a turning point. When I found out that Amy passed I was in disbelief. I walked out of the session and I never fully came back.''

Mark added he was pleased with how the sessions were going, but couldn't put his all into them after the passing of the 'Back to Black' singer.

He said: ''I think the main thing, the chemistry of what we had going on with the Gossip album wasn't really amazing and being reminded about how good it is when it's good, maybe I thought I was forcing something.''

Both Mark and Amy were catapulted to fame with the success of her 2006 album 'Back to Black', which he produced. They continued to have both a strong working and personal relationship until her death.

Production duties on 'A Joyful Noise' were later taken over by Xenomania, who previously worked with Girls Aloud.