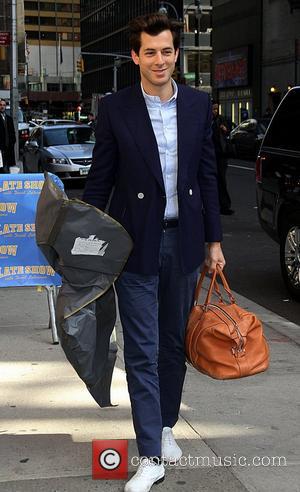 Mark Ronson walked away from studio sessions with Gossip after the death of his close friend Amy Winehouse last year (11).
The producer was working with Beth Ditto and her band on their latest album, A Joyful Noise, when he learned his Back To Black collaborator had died.
He tells MTV, "It was really strange. It was almost like a turning point. When I found out that Amy passed I was in disbelief. I walked out of the session and I never fully came back."
Ronson admits the singer's passing made him realise his tracks with Gossip lacked the magic he shared with Winehouse.
He adds, "I think the main thing, the chemistry of what we had going on with the Gossip album wasn't really amazing and being reminded about how good it is when it's good, maybe I thought I was forcing something."