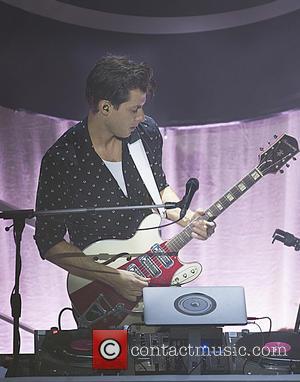 Picture: Mark Ronson - Mark Ronson performs live during the first of his Australian shows at Metro City in Perth as part of the winter festival...

The Uptown Funk hitmaker reaches the milestone on Friday (04Sep15) and has reportedly invited his showbiz pals to exclusive members' club Soho Farmhouse, part of the Soho House chain, for an extravagant bash.

He has rented VIP log cabins for guests to sleep in on Thursday night and has hired coaches to take them from the Oxfordshire venue to the Festival No. 6 in Portmeirion, Wales to watch him perform a DJ set on Friday evening.

A source tells Britain's The Sun newspaper, "It's going to be the party of the year... Mark is one of the most well-connected men in music and has invited the great and the good of his showbiz pals... He's had one of the greatest years of his career and wants to top it off with a party no one will forget."