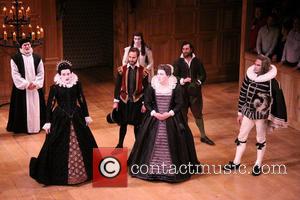 The actor has scored his third Tony by picking up the Best Performance by an Actor in a Featured Role in a Play prize and took the stage at Radio City Music Hall, where he honoured actor Sam Wanamaker who was blacklisted during Hollywood's Joseph MCCarthy communist witch hunt era in the 1950s.

Wanamaker fled to the U.K., where he "gave the last 25 years of his life" rebuilding William Shakespeare's The Globe theatre.

Rylance, who is also nominated for a Lead Actor in a Play Tony, said, "We are children of Sam Wanamaker's vision."

Twelfth Night is one of Shakespeare's most beloved plays.