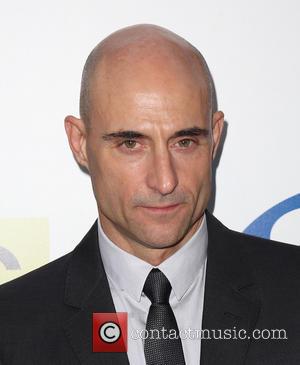 British actor Mark Strong has fuelled reports suggesting he is set to portray Superman's arch nemesis Lex Luthor in the Man Of Steel sequel after refusing to confirm or deny the casting rumours.

The Sherlock Holmes star was recently tipped to take on the role of the villain in director Zack Snyder's forthcoming film, and Strong has done little to silence the claims.

When asked about the casting news by DigitalSpy.com, he coyly replied, "All I can say is... watch this space."

If Strong does sign on, he will follow in the footsteps of Gene Hackman and Kevin Spacey, who have both famously brought the character to life on film.

It's not the only casting mystery surrounding the Man of Steel sequel - rumours have swirled about who will play Batman since Snyder confirmed that the Caped Crusader will feature in the follow-up at last month's (Jul13) Comic Con event in San Diego, California.

Ryan Gosling, Josh Brolin and Joe Manganiello have all been mentioned as possible contenders for the coveted role, taking over from Christian Bale, who stepped down following the completion of Christoper Nolan's Dark Knight trilogy.

Henry Cavill will reprise his role as Superman in the planned sequel.