Mark Wahlberg Reunites With New Kids On The Block Onstage

Actor Mark Wahlberg Reunited With His Brother's Boy Band New Kids On The Block On Stage For The First Time In Over 20 Years On Monday (22jun15). 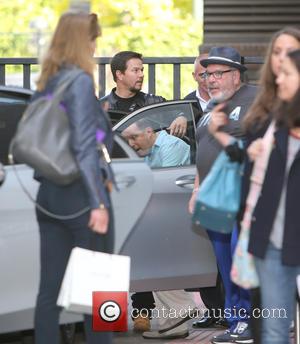 The Transformers: Age of Extinction star joined the group when he was 13, but left months later and subsequently began performing solo as Marky Mark.

On Monday, the actor made a surprise appearance onstage at Madison Square Garden in New York after being introduced by rapper 50 Cent while his brother, Donnie, performed his hit song Good Vibrations.

Following the show, Donnie took to Instagram to thank his brother for appearing at the show, writing, "Marky Mark retired 25 years ago, but I still loved sharing the stage w my brother @mark_wahlberg tonight!"