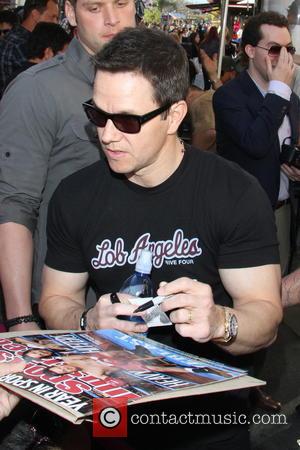 Mark Wahlberg fears his kids won't be able to watch him in the next Transformers movie because his wife has banned the robot blockbusters from the house.

The actor has landed a coveted role in the upcoming fourth installment of the hit franchise, but the movies are currently unpopular with his partner Rhea Durham after their four-year-old son Brendan learned a curse word from watching the first film.

Wahlberg says, "My four year old screamed 's**t!' the other day, when his brother knocked the football out of his hand. I almost laughed, but thankfully I was able to hold it in... I said, 'Where did you hear that kind of language?' and he looked up at me and said, 'Transformers'. Then I told my wife, and we have the Transformers Dvds down in their (the kids') room - so they've been taken away now. But I hope they get to see the new one."