New Album From Maroon 5 Lacks The Swagger Of 'Jagger' 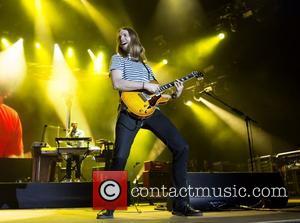 Maroon 5 are a band firmly entrenched in the public's mind right now. The success of last year's hit single 'Moves Like Jagger' has yet to wane and Adam Levine has done a sterling job of keeping the band in the public eye with his stint on the US version of The Voice. Success seems almost inevitable for the band's fourth studio album, 'Overexposed.' The critics, however, have not been falling over themselves to praise the album.
According to Caroline Sullivan of The Guardian, the songs on 'Overexposed' lack the hit potential of 'Moves Like Jagger,' despite the band having collaborated with "expensive hitmakers" such as Britney Spears' songwriter Max Martin. It's a failed experiment, it would seem, for the band that had done perfectly well by mainly writing their own songs until now. Entertainment Weekly awarded the album a detention-worthy C+ again, acknowledging the effort that they're putting into the material, but concluding that more is less, when it comes to Overexposed's production values, saying that "Maroon 5 barely sound like a band at all. Tracks like ''Love Somebody'' and the Coldplay-ish ''Daylight'' have choruses so thickly produced that the only physical instrument you can reliably pick out is Levine's larynx."
Other reviewers, however, couldn't even find it in their hearts to credit Maroon 5 for their misplaced efforts. The Independent were particularly scathing, saying that "The sooner this bunch of plums fade back into obscurity, the better."