Martin Freeman To Star In 'Fargo' TV Show, But As Which Character?

Martin Freeman and Billy Bob Thornton will star in a TV adaptation of Fargo for the FX channel. 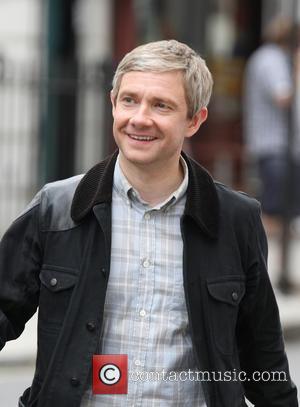 Martin Freeman, the British actor who began his career alongside Ricky Gervais on The Office before going onto Hollywood stardom, has signed on to star on FX's adaptation of the Coen brothers' classic Fargo.

According to the Hollywood Reporter, Freeman will play the role of Lester Nygaard, portrayed by William H. Macy in the 1996 feature film that was nominated for best picture at the Oscars and remains a Coen brother's fan favourite. The new 10-episode limited series will follow an all-new "true crime story" with a new case.

Freeman's character is an insurance salesman who has seen better days. His life suddenly changes forever when a mysterious stranger comes to town. The part earned Macy a nomination for best supporting actor at the Oscars and remains one of the finest individual performances in the Coen oeuvre.

The well-respected Oscar winner Billy Bob Thornton will play Lorne Malvo, the manipulative man who meets the salesman and sets him on a path of destruction.

The new series - produced by the Coens - will be penned by My Generation's Noah Hawley, while 30 Rock's Adam Bernstein will direct the premiere. Production is to begin in October in Calgary and Canada and FX hope for a spring 2014 premiere.

Freeman has established himself as a highly sought after actor on both the big and small screens. His credits include Peter Jackson's The Hobbit: An Unexpected Journey and its upcoming sequels, Shaun of the Dead, Love Actually and the BBC series Sherlock, in which he plays John Watson to Benedict Cumberbatch's Holmes.

The original movie - inducted into the United States National Film Registry in 2006 for being "culturally, historically, or aesthetically significant" - famously included a scene in which Peter Stormare's Gaear fed Steve Buscemi's body into a wood chipper