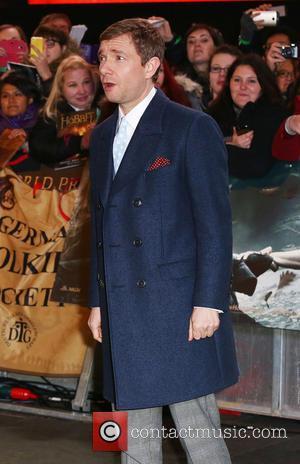 British actor Martin Freeman and his long-time partner Amanda Abbington have made a pact to limit the time they spend apart while working.

The Mr Selfridge actress has revealed the couple feels "heartbreak" and fear they will question their relationship when they are separated for lengthy periods.

Abbington insists she is determined to minimise the time she spends away from her partner of 14 years, and will even relocate to New Mexico and New York with the couple's two children, eight-year-old Joe and six-year-old Grace, while Freeman is filming a new movie with Tina Fey in the U.S. in 2015.

She tells Britain's You magazine, "Separation is the most difficult thing. It was tough while Martin was away in New Zealand for months filming the three Hobbit movies and bad again during the American Tv series Fargo, which took him to Calgary

for five months solid. It’s not just the heartbreak involved, it’s also the danger that you’ll reach a point of thinking. ‘Oh, I can do this alone. Why are we together?'

"We’ve made a promise now to limit our time apart. Martin is in Lithuania for a month and that’s doable, but next year he’s filming The Taliban Shuffle with Tina Fey for several months in New Mexico and New York. So the kids and I will be going with him for at least part of the time. Yes, of course as actors we love to work, but we love each other and our family so much more." 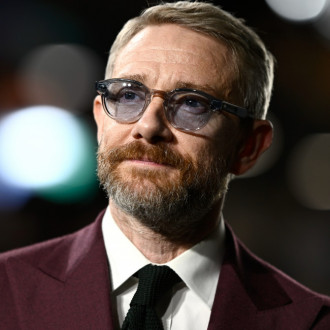