Martin Freeman To Star In FX's Reboot Of The 1996 Film Fargo, Alongside Billy Bob Thornton

In the 'Fargo' TV reboot, Martin Freeman will play the weak-minded, inept insurance salesman, based on William H Marcy's character in the 1996 film. 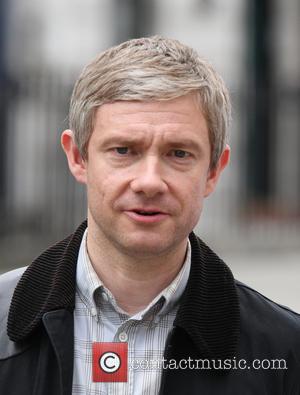 The 'Hobbit' star has been cast the lead role in FX's reboot of the 1996 crime film 'Fargo'.

The Hollywood Reporter claims that Martin Freeman is going to be the lead role and play Lester Nygaard who will be based on the character William H Macy played in the 90's black comedy.

The film was directed by the Cohen Brothers and received seven Academy award nominations with winning two Oscar awards for 'Best Original Screenplay' and 'Best Actress In A Leading Role' for Frances Mcdormand who played 'Marge Gunderson'.

The new television adaptation will use new storylines and have different characters from the movie.

Lester is an insurance salesman who isn't at a good place in his life and is constantly criticized by his wife but change finally arrives when a mysterious stranger pays a visit.

The stranger will be played by Billy Bob Thornton as his character 'Lorne Malvo', preys upon the weak minded Lester, and use him as a lackey to perform illegal, money grabbing schemes on his behalf.

The Cohen Brothers who originally wrote and directed the 1996 film will act as executive producers for the series with the script being penned by Noah Hawley who will also be joining the project as an executive producer.

'Fargo' will be a ten-episode limited series and filming is set to begin sometime in October in Calgary and other Canadian locations for a spring 2014 premiere. The show will air on FX in the US.