Sherlock Writer/producer Steven Moffat Wants Social Media To Be Policed More Stringently So Users Writing Death Threats, Such As Those Received By His Show's Star Martin Freeman, Are Punished. 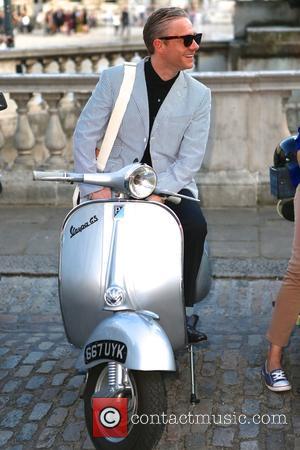 The Hobbit actor and his partner Amanda Abbington contacted police earlier this month (Sep15) after they found menacing messages and death threats from an unknown blogger.

Moffat admits he has received threats too, and wants authorities to crack down on social media to stop Internet trolls.

He tells Britain's The Sun newspaper, "I've had the threats as well, but I don't know how seriously you can take these things... I think you should probably take them reasonably seriously, though. It's got to be sorted out - people can't just go around making these threats.

"I think the Internet, and things like Twitter and Facebook, should be policed a hell of a lot better... People making these threats should face the consequences very fast and very severely. Then it will stop."