The Hobbit: The Desolation Of Smaug Trailer - First Look

It's Here. The first trailer for the second of Peter Jackson's Hobbit films, The Hobbit: The Desolation of Smaug, debuted at 6pm on Warner Brothers' YouTube channel. 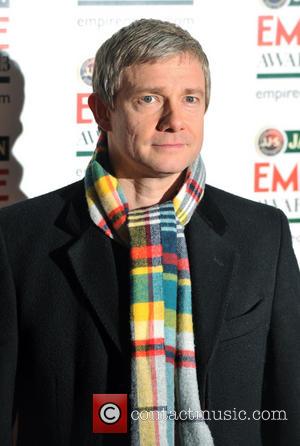 Following last Christmas' first instalment that kicked off the trilogy, The Hobbit: An Unexpected Journey, the new episode of adventures in Middle Earth will take Gandalf (Ian McKellen), Bilbo Baggins (Martin Freeman) and the band of aggrieved-yet-upbeat dwarves further into their quest to reclaim the Dwarf Kingdom of Erebor; stolen from them by the evil dragon, Smaug (voiced by Benedict Cumberbatch).

Now, Bilbo has gained The One Ring after his life-changing meeting with the wretched Gollum (Andy Serkis) and the brave group have escaped the Goblin Kingdom to start the next leg of their quest to reclaim their kingdom and riches from Smaug, travelling through the Misty Mountains.

Based on the novel that preceded J.R.R. Tolkien's Lord of the Rings trilogy, The Hobbit was one book that has been turned into three films. Sure, this is probably to rake in maximum profits, but at least three 3 hour films will allow Jackson to deliver close interpretations and stretch out the franchise for another few years. The recently released teaser poster for the film shows Bilbo standing in the barren Desolation of Smaug, dwarfed in front of the mighty Erebor. Screenrant predicts Bilbo's meeting with the fearsome Smaug to be one of the upcoming film's highlights - a scaly monster whose on-screen appearance has been carefully guarded by the film's producers to build up the kind of tension and mystique previously achieved for Gollum in the period before The Lord of The Rings: The Two Towers was released.

Watch The Trailer ForThe Hobbit: The Desolation of Smaug:

How did you react? What are you most excited for in the film? Let us know!

The Hobbit: The Desolation of Smaug is set for release on 13th December this year. Expect to see the trailer being shown in cinemas before Man of Steel, starting this Friday (14th June).