Martin Scorsese is abandoning film to shoot movies digitally, according to his long-time editor Thelma Schoonmaker, and he will start with forthcoming project 'The Wolf of Wall Street'. 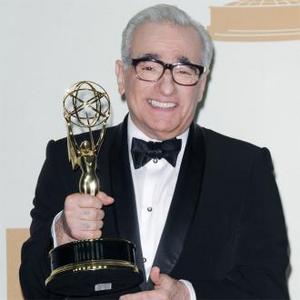 The 69-year-old director - who won an Oscar for his first ever 3D movie 'Hugo', which was released last year - has ''lost the battle'' with traditional ways of filming motion pictures, according to his long-time editor Thelma Schoonmaker.

She said: ''It would appear that we've lost the battle. I think Marty just feels it's unfortunately over, and there's been no bigger champion of film than him.

''It's a very bittersweet thing to be watching films with him now that are on film. We're cherishing every moment of it. The number of prints that are now being made for release has just gone down, and it would appear that the theatres have converted so quickly to digital.''

Martin will begin his digital revolution by shooting his next project 'The Wolf of Wall Street' - which stars Leonardo Dicaprio, Jean Dujardin and Jonah Hill - in 2D, starting in mid-August.

The drama movie tells the story of a New York stockbroker Jordan Belfort - played by Leonardo - who refuses to cooperate in a fraud case highlighting corruption on Wall Street.

The project is based on his autobiography - which details his rise and fall as a stockbroker and eventually lands him with a 22-month prison stretch for offences relating to stock market manipulation - of the same name.

Thelma added to Empire magazine: ''We start 'The Wolf Of Wall Street' in the second week of August.

''I don't want them to influence me when I see the dailies, but it's pretty wild. It's about this man in the late '90s who got people to start investing in much cheaper stocks. It was a big scam, and he went to jail. They were out of their minds. Out of their minds! He's out of jail now, doing motivational.''