Martin Scorsese Is Mourning The Loss Of His "Dear And Trusted Friend" Melissa Mathison, Who Penned The Script For His 1997 Biopic Kundun. 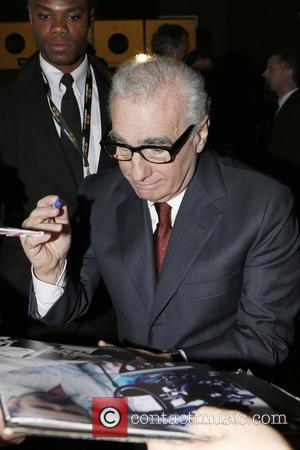 Mathison, the second wife of Harrison Ford, passed away aged 65 on Wednesday (04Nov15) following a battle with neuroendocrine cancer.

She is best known for writing screenplays for films including Steven Spielberg's classic sci-fi adventure E.T. the Extra Terrestrial, The Indian in the Cupboard and The Black Stallion.

Spielberg paid tribute to Mathison, saying she "burned as bright as the heart she gave E.T." and now director Scorsese has written an emotional dedication to the writer, who penned the script for his Dalai Lama biopic.

In a statement to WENN, Scorsese writes, "This is such a sad, sad loss. I knew that Melissa was ill, but the news of her death still came as a shock to me. Probably because she was so bright and vibrant and alive, so wide awake.

"I cherished our friendship, which began when we made Kundun, a wonderful experience. And it was Melissa's presence, along with her talent and her intelligence, that opened the way for me.

"So, this is a loss for us, moviemakers, moviegoers... And for me, it's the loss of a dear and trusted friend."

Ford, who has two children with Mathison, has yet to comment on her death.