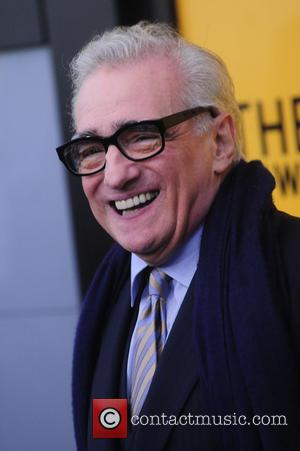 A studio executive has played down reports suggesting filmmaker Martin Scorsese and actor LEONARDO DiCaprio were heckled by a disgruntled screenwriter at a screening of The Wolf Of Wall Street on Saturday (21Dec13).

Veteran actress Hope Holiday, who attended the Academy of Motion Picture Arts and Sciences event in Los Angeles, took to Facebook.com after the viewing to express her disgust at the film's drug-fuelled and sexually explicit content, and described a brief encounter between The Departed director and the unnamed protester.

In a post on Sunday (22Dec13), she wrote, "Last night was torture at the Academy - The Wolf Of Wall Street - three hours of torture - same disgusting crap over and over again - after the film they had a discussion... the elevator doors opened and Leonardo D. Martin S. and a few others got out then a screen writer ran over to them and started screaming, 'Shame on you, disgusting'."

However, a representative for Paramount Pictures has dismissed Holiday's version of events, insisting the actress' account was an "extreme" description of the encounter, which did not include any such "screaming", only a "negative comment" about the movie.

Scorsese has previously admitted the gritty film will not appeal to everyone, telling TheWrap.com, "It's brutal. I've seen it with audiences, and I think it plays. I don't know if it will be to everyone's taste - I don't think it will. It's not made for 14 year olds."

The film is based on disgraced New York financier Jordan Belfort's memoir, which chronicles his lavish life in banking and his subsequent downfall as he was jailed for securities fraud and money laundering.

The movie has already garnered a slew of award nominations, including two Golden Globe nods.