Spoiler alert! Mary just revealed which contestant will exit the 'GBBO' next.

‘Great British Bake Off’ judge Mary Berry suffered an unfortunate slip of the tongue during her appearance on Radio 2’s breakfast show with Chris Evans this morning (August 19th), when she revealed which contestant would be exiting the show next. So if you’re a fan of the BBC baking contest it’s probably advisable to stop reading right about now. 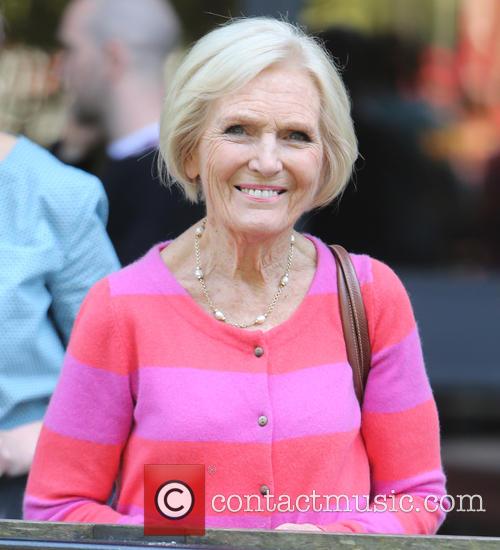 Discussing the contestants who have already left the show with Evans, Mary mistakenly said, “Wait a minute, we’ve lost three.”

But when Evans tried to let her know she was a little ahead of the viewers the 80 year old went on to say, “Yes we have. We lost Marie last week, Dorret, and on the first week it was our lovely chap with his little hat on.”

While Mary seemed not to notice the blunder, Evans tried to cover up and move the conversation along. But for fans listening their evening viewing had already been spoiled and they of course took to twitter to express their annoyance.

“YOU HAD ONE JOB MARY!!!” wrote one user who was probably crying into their croissants at the time. While another tweeter said, ‘Mary Berry just announced who's leaving on the Bake Off tonight live on radio. Someone's had a few too many brandy snaps…’

In fairness to Mary she had a lot on her mind this morning. Earlier in the interview, which was conducted via the phone, Mary had told Evans she was currently defrosting her freezer after leaving the door open overnight.

In episode two it was early favourite Marie’s turn to leave, providing the show’s first big shocker of the series. As for tonight’s episode let’s just all sit back and pretend we have no idea which baker is about to be sent packing...thanks Mary.