Review of The Breakthrough Album by Mary J Blige 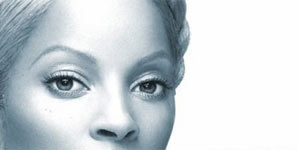 I have watched an amazing transition in the career of Mary J Blige from the minute she took the R&B world by storm on her debut album "Whats The 911" to today. Over that period she has taking a journey from undisputed queen of hip-hop soul, which still is to this day into a worldwide superstar that she is today. The one thing about Mary J is that she has never sold out, no matter how much pressure there has been from outside influences for her to water down, lyrical content, the strength of the urban production behind her. On this album, Mary steps up to such a new height that everyone around has to, producers, musicians etc. Her delivery, lyrics and vocal performance are so far above anyone out there that no-one will ever touch her crown now. There maybe many pretenders and challengers to her crown but trust me on the evidence no-one will even get to touch it let alone wear her crown. Like a bottle of the finest vintage champagne, Mary is getting better and better with age. The opening track "No One Will Do" sets the stall out for this album and trust me every track adheres to it. This near gospel influenced styled R&B track is so powerful both vocally and lyrically that it leaves you breathless. Darkchild cranks up the urban club presence of this album via his amazing production on the hard hitting "Enough Cryin'". "About You" continues the club feel with WILL.I.AM from Black Eyed Peas making a guest appearance. The amazing piano driven, near Alicia Keys styled first single from this album, the awesome "Be Without You" shows Mary at her swaying, melodic beat. Back to club driven R&B for "The Champ" sampled "Gonna Breakthrough". The next single in America is undoubtly the best cut on this amazing album. The mid beat swayer "Good Woman Down" is a total classic. Vocally, Mary Delivers, groove wise it is smooth as silk and lyrically if there is a finer cut around in the next twelve months I will eat this CD. This track leaves you wondering how the hell do you follow that, but follow that Mary definetly does. With a stunning down tempo masterpiece "Take Me As I Am". More powerful, positive lyrics, that show how much Mary continues to grow as an artist. The retro, soul inspired "Baggage" is another serious contender for best cut on the album, but it is the lyrical content of "Good Woman Down" that edges it. But "Baggage" is classic quality R&B with a steppers feel of the highest degree. More retro inspiration comes on the jaw dropping Jay Z featured "Can't Hide From Luv". Its back to club driven grooves on the first street single that was lifted from this set, the stunning "MJB DA MVP" taking its groove and using the vocals from Game & 50 Cen'ts "Love It Or Hate It", very, very clever. "Can't Get Enough" offers more quality smouldering soulful grooves. Radio friendly R&B really doesn't get much better than the breath taking "Ain't Really Love". Mary J Blige joins forces with the genius that is Raphael Saadiq on two cuts the retro soulful sawyer "I Found My Everything" and the funky head nodder "So Lady". That flow continues on smoothed out very well written "Father In You", the music on this track particualry the strings is nothing short of stunning. "Alone" keeps the smooth quality flowing from speaker to ear. Although it theoretically come out at the end of 2005 is this the album of 2006, you bet, album of the decade, probably, do you need this album in your collection, as much as you need the air that u breathe.