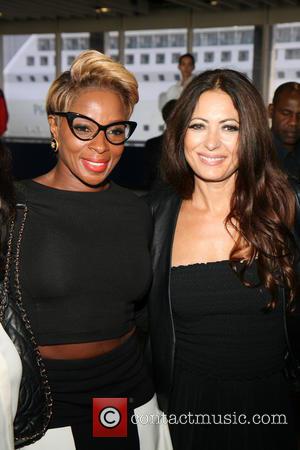 Mary J. Blige has accused music industry bosses of making money from misery, insisting they fail to protect stars struggling to deal with fame and fortune.

The No More Drama singer has opened up about the loss of pop icons Whitney Houston and Michael Jackson, lashing out at those behind the scenes who should have helped guide them through superstardom.

She also claims her own team stood by and watched when she sunk into alcoholism and depression in the 1990s - because she was making them a fortune in album sales.

Speaking to the London Evening Standard, Blige says, "She (Whitney) was such a gift from God, such a star - her voice was like no other. Same with Michael Jackson: two such amazing gifts. And no one was there for them.

"You have thousands of people around you because you're this big star, but no one around you really cares. I saw a tragic situation coming for me and I looked around and saw that nobody cared, not really.

"They were happy for me to suffer, to drink myself to death, as long as they were getting what they needed. The industry makes its money on people's demise.

"The way I was living, I should have been dead... All the money and fame in the world couldn't change what was going on in my heart. That's how messed up I was, and how depressed I was. I was drinking, I was doing drugs, so I couldn't even feel or see anything, and that made it alright for the moment, until I had to come down and look for some more."